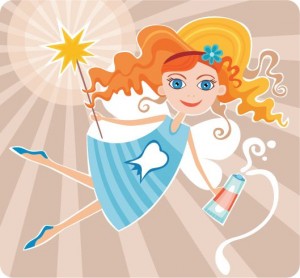 While most of us can’t imagine a world without the tooth fairy, she didn’t actually grace us with her presence until the early 1900s… at least, not in her current form. And depending where in the world you are, the “tooth fairy” is likely unrecognizable to those of us who grew up waking up the morning after losing a tooth to find a quarter under our pillow.

In fact, it would appear that our own nocturnal visitor’s origins have been influenced by rituals and superstitions held all over the world, many of which date back hundreds of years. END_OF_DOCUMENT_TOKEN_TO_BE_REPLACED