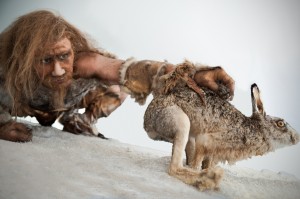 Toothaches, and attempts to cure them, have no doubt been around as long as we have. In fact, researchers discovered evidence of tooth drilling that took place more than 9,000 years ago. It seems some enterprising dentist-in-training put down his spear and picked up a crude dental drill to fix cavity-ridden molars in his fellow Neolithic man. The good news is that the process was unbelievably precise and took about minute. The bad news? No anesthesia!

It was long believed cavities were caused by worms that burrowed inside the tooth and caused pain by wiggling around. The earliest reference to tooth worms was in a Sumerian text dated around 5,000 BCE.  Right up until the 18th century most people, including dental practitioners, believed that tooth worms caused decay and discomfort.

Some ancient doctors mistook tooth nerves as tooth worms, and removed them. It was the barbaric version of root canal therapy. Well, except the doctors would also take out the entire tooth. Present-day dentists try to avoid extractions because tooth roots are important to the health and strength of the jawbone. END_OF_DOCUMENT_TOKEN_TO_BE_REPLACED